Toyama Prefecture30% of the Prefecture covered by National Parks

Toyama Prefecture is a prefecture of Japan located in the Chūbu region of Honshu.
30% of the prefecture's area is designated as national parks, such as the Chūbu-Sangaku National Park, Hakusan National Park, Noto Hantō Quasi-National Park and six Prefectural Natural Parks.
The name of this prefecture, “Toyama” meaning “rich with mountains”. Many people visit to enjoy the stunning views of the 3,000 meter Class Mountains of the Northern Japan Alps.
As it is located only 250 km northwest of Tokyo, many people from Tokyo also visit to see the local festivals, the traditional 19th century wooden buildings and the downtown canals.
The local fresh food is also an attraction. Due to the riches of the surrounding Oceans, Sashimi, Sushi, and Crabs freshly delivered from the local ports are something you can’t miss during your stay.

If you’re a night diver with a camera, you might encounter and take photographs of critters rarely seen anywhere around the world. If you can find a local guide, this beach diving site is open to you 24hours 365days.

Namerikawa is said to be the "Mecca" for finding rare deep creatures in Japan.
During the month of April and May, Namerikawa is visited by the Liparis tessellatus aka. Snail fish (Japanese "Bikunin") from the depth of 249-346 m.  This creature is very popular among the Japanese divers not just because of its rarity but its lovable appearance. Growing only up to 16cm, its gray soft skin and its big comical moving eyes is a sight to see. This is the only place in Japan and maybe even in the world, that you can see this rare creature during recreational scuba diving.

Also Watasenia scintillans aka. Firefly squid, sparkling enope squid (Japanese "Hotaruika") can be seen during April, when they come up from the deep to lay their eggs in the shallow waters. Sometimes, due to the tides, the firefly squids are washed onshore, making the beach light up in florescent blue, which the locals call it "Mysterious Lights of Firefly Squid". This phenomenon occurs randomly and you are considered lucky, if you can see it during your visit.

Lebbeus balssi aka. Broken-back Shrimp (Japanese "Barusui aramo shrimp"), often referred to as a "Queen of the Shrimp world” in Japan, for its beautiful appearance is another idol you want to challenge. This shrimp is normally found in waters deeper than 55m but are found in depths around 22m around these waters. A big bonus for visiting divers.

There are also the super macro angels between the seaweeds.
Aptocyclus ventricosus aka. Smooth lump sucker (Japanese "Hoteiuo"), Lethotremus awae aka. Japanese "Dangouo", Liparis punctatus aka. Japanese "Sunabikunin".
These babies are all 1-2mm in size, but if you’re an underwater photographer with the right lens, you can catch the beautiful patterns of colors on these tiny angels. It will be an experience you will never forget.

All year round:
-Variety of nudibranch
-Variety of Shrinps and Crabs
-Variety of Macro marine life
-Cocktail shrimp(‎Trachysalambria curvirostris )
If you are lucky:
-balsu-ibaramo-ebi (Lebbeus balssi)
-Red bat fish(Halieutaena stellata) 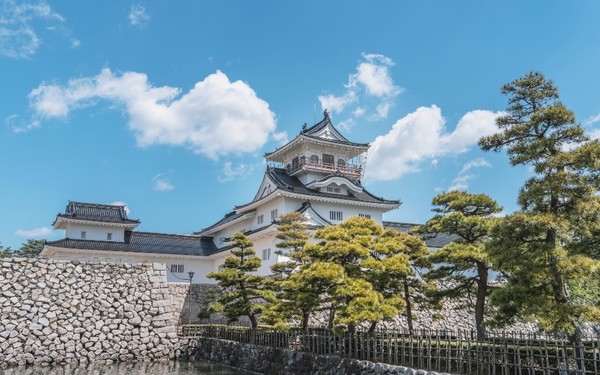 Travel guide by the Japan National Tourism Organization With spacious lawns and gardens, a reconstructed castle keep, and an art... 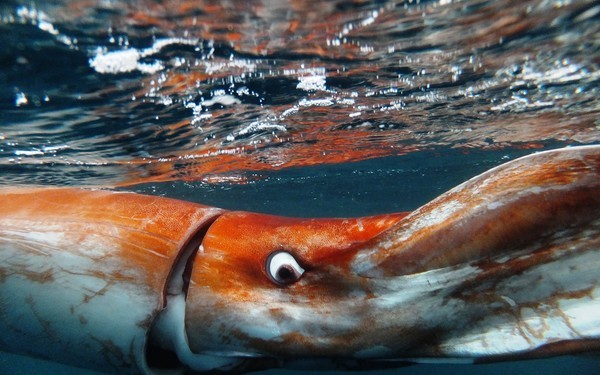 A beach point with only 5m maximum depth, this spot is popular among the nudibranch fans in this area. The best seasons are from November to June when the water temperature drops. You can also enjoy the summer season as there are seahorses in this area as well. 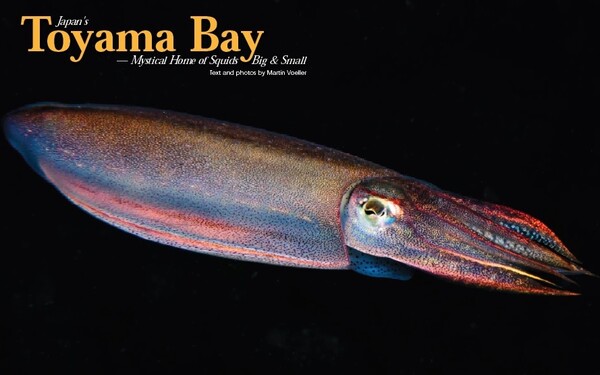 This was an article published by Xray Magazine March 2020(Issue 97) During early spring of each year, the firefly squids...