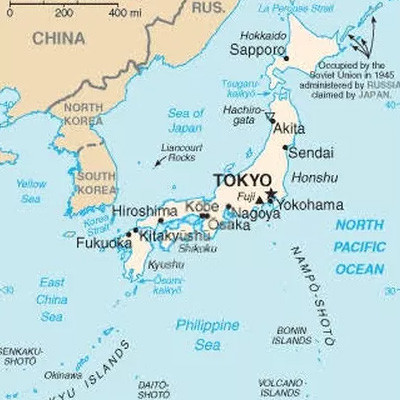 We know that there are many divers around the world with the same question. Japan is an island nation stretching over 3,000 km (1,900 mile) along the East Asia's Pacific coast. It consists of 6,852 islands. The main islands are Honshu, Kyushu, Shikoku and Hokkaido. The Ryukyu Islands and Nanpō Islands are located in the south of the main islands.
It is the largest island country in East Asia and fourth largest island country in the world (Japan has the sixth longest coastline 29,751 km/18,486 miles). Due to Japan's islands long coastlines, the country is said to have extensive marine resources. 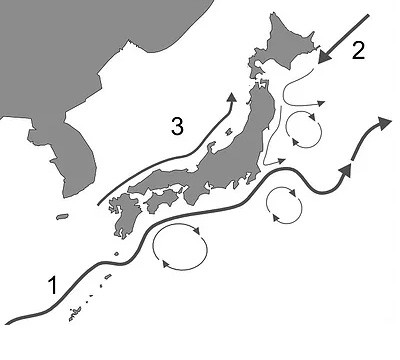 The Kuroshio "Black Tide" is a warm north-flowing ocean current on the west side of the Ryukyu Islands and along the east coast of Kyushu, Shikoku and Honshu. It is a strong western boundary current and part of the North Pacific Ocean gyre.

The Kuroshio Current starts in the east coast of Luzon, Philippines, Taiwan and flows northeastward past Japan, where it merges with the easterly drift of the North Pacific Current. It transports warm, tropical water northward toward the polar region.

The Oyashio ("Parental Tide") current is a cold subarctic ocean current that flows southward and circulates counterclockwise along the east coast of Hokkaido and northeastern Honshu in the western North Pacific Ocean. The waters of the Oyashio Current originate in the Arctic Ocean and flow southward via the Bering Sea, passing through the Bering Strait and transporting cold water from the Arctic Sea into the Pacific Ocean and the Sea of Okhotsk. It collides with the Kuroshio Current off the eastern shore of Japan to form the North Pacific Current. The nutrient-rich Oyashio is named for its metaphorical role as the parent (oya) that provides for and nurtures marine organisms. 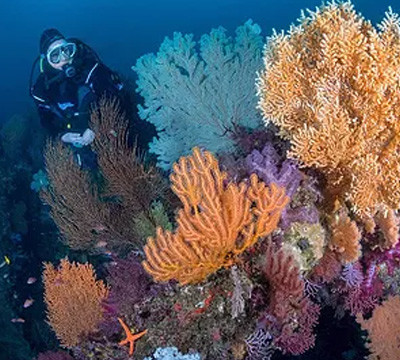 This is why in some circles , the Japanese Ocean is considered a Biological Hot Spot.
The Japan Agency for Marine-Earth Science and Technology (JAMSTEC) announced on August 3, 2010, a comprehensive analysis on biodiversity in Japanese waters (exclusive economic zone), and concluded that Japanese waters are a biodiversity hotspot with an amazing diversity of marine life.

A total of 33,629 species from bacteria to mammals have been reported to occur in Japanese waters. While constituting mere 0.9 percent of global ocean volume, Japanese waters encompass 14.6 percent of all 230,000 marine species found worldwide, making Japanese waters a world class biodiversity hotspot. The study attributes this to diverse marine environments in Japanese waters, including a variety of topography, water depth zones, water temperatures, currents and climate zones.